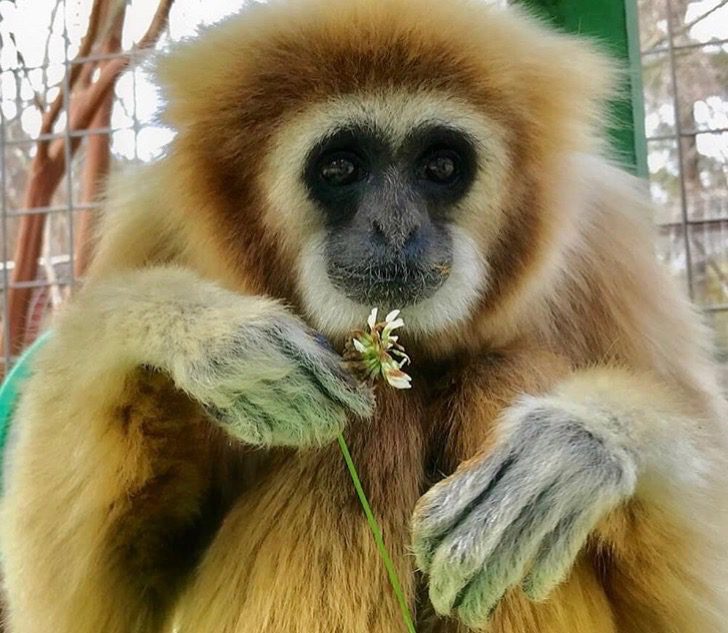 Today is a very special day at IPPL as we celebrate Gibby’s 62nd Birthday! Taken from his mother as a baby, he was sold to a research lab where, for years, he lived in a tiny cage and was the victim of daily, cruel locomotion experiments. In 2003 he was sent to a sanctuary where the small indoor quarters were so inferior, the gibbons sometimes remained outside, experiencing terrible cold and the potential perils of frostbite.

Finally, in 2007, Gibby came to IPPL. After 48 horrific years – Gibby was finally safe, well cared for, and loved!

Quite likely Gibby is the oldest gibbon in the world (we’ve searched online). Today, we are delighted to celebrate Gibby who is still going strong and enjoying life at IPPL!