Update from the IPPL CITES team 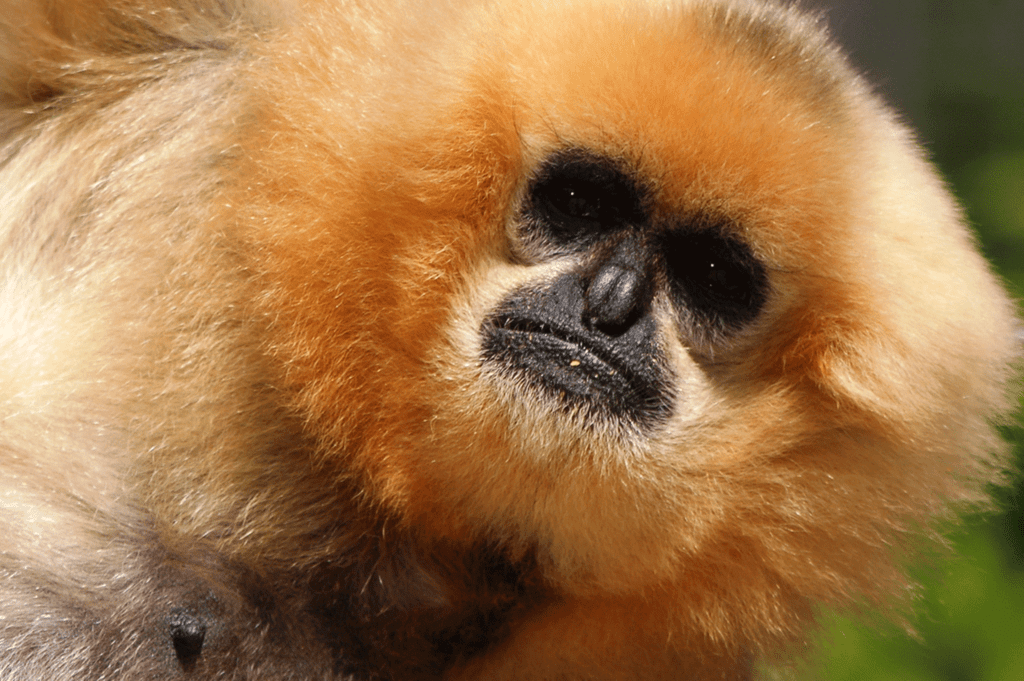 How the furniture you buy could affect primate conservation

Many of the topics being discussed at this CITES Conference of the Parties 2016 do not seem at first glance to have any relation to primates. Yet, when we examined them further, we found that one of the timber issues coming up for discussion was actually directly linked to a critically-endangered primate, the Silky Sifaka.

The agenda item related to the need for Madagascar to implement an action plan to assess their populations of three tree groups: ebonies, palissanders and rosewoods, and ensure that they are adequately protected. Madagascar was required to submit a report on progress of the action plan but had failed to do so, and the CITES Standing Committee had agreed to suspend all trade of these species from Madagascar until some progress was made. 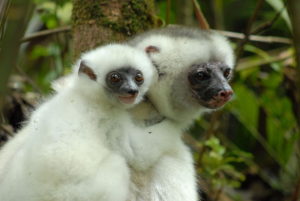 We drafted an intervention we intended to make during the debate on this issue to request that the parties consider adding wording to the action plan to ensure that Madagascar’s ‘non-detriment finding’ (the assessment to ensure that trade will not be detrimental to the species in the wild) considered not only these tree species, but the animal species that rely on them. These include the Silky Sifaka, which is categorised as critically-endangered by the IUCN, and listed on appendix I of the convention, with logging of all three tree groups posing a significant threat. This species is unique to Madagascar and numbers less than 250 left in the wild.

Unfortunately, the Chair did not allow us to speak (the number of NGOs given the opportunity to speak is usually restricted to one or two) but we were gratified that the delegation from Senegal did raise the issue that fauna are reliant on this species too. However, although the Head of Delegation for Senegal requested that he be included on the drafting group that will work on the wording of the action plan, the Chair did not include him in that group. We have since met with him, and he has agreed to consider raising this issue at the Plenary session when the drafting group report back to the rest of the Parties. We are providing him with information on the Silky Sifaka and will be watching this space!

How the long-tailed macaque could get better protection 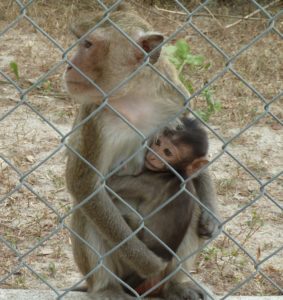 Wild caught long-tailed macaques are being ‘laundered’ as captive bred

One of the documents reviewed in Committee II today at the CITES Conference of the Parties 2016 in Johannesburg was a draft decision on ‘implementation of the Convention relating to captive-bred and ranched specimens’. Concerns had been raised that animals poached from the wild are being passed off as captive bred, a practice known within wildlife protection circles as ‘laundering’. This is something that we know affects long-tailed macaques, which are being exported – with falsified documents – from China, where they are not native, having been smuggled in across the borders from habitat countries such as Vietnam, Laos and Cambodia.

The document up for debate was a resolution to contract experts to review the concerns and identify problems with implementation such as misuse of source codes, and this will include evaluating the possibility of a captive-breeding database. Measures like this could be key in helping to tackle poaching and ‘laundering’ of wild long-tailed macaques as captive bred.

This much-abused species of monkey is widespread but rapidly declining due to exploitation on a massive scale for use in pharmaceutical research (with the USA being one of the major importers). We were particularly concerned during the session that the delegations of Colombia, Brazil and South Africa recommended that the resolution be restricted to species listed on Appendix I. Had other parties agreed, this would have ruined the chances of gaining protection for the long-tailed macaque against this fraudulent practice as they are listed on Appendix II. Thankfully, the majority of parties who took the floor were against this amendment, including Costa Rica, the USA, the EU and Jamaica. They pointed out that this practice mostly affects Appendix II listed species, because Appendix I species are already afforded greater protection. A drafting group was formed to work on amending some of the wording of the resolution. We are pleased that one of our SSN (Species Survival Network) colleagues, Ron Orenstein of Humane Society International, has been included in the group, and we will be following this item with great interest. 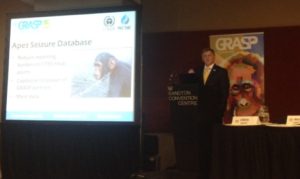 During the lunch break between sessions today, our colleagues at the Great Ape Survival Partnership (GRASP) launched an exciting new initiative – a database for recording confiscated great apes. The database has been made available to all GRASP partners, which include numerous African primate sanctuaries that we support, and they can upload details of confiscated apes brought into their custody from any computer or smartphone connected to the internet. The need for this database was identified in the GRASP ‘Stolen Apes’ report, published at the CITES Conference of the Parties in Bangkok in 2013. The same report found that there had been 1,800 seizures since 2005. When considering that only about 10% of smuggled species are seized, and that for one infant ape poached, many family members will have been killed in the process, the scale of the problem posed by illegal trafficking is staggering. This database should help to provide more information that can lead to successful investigations and arrests around the world.