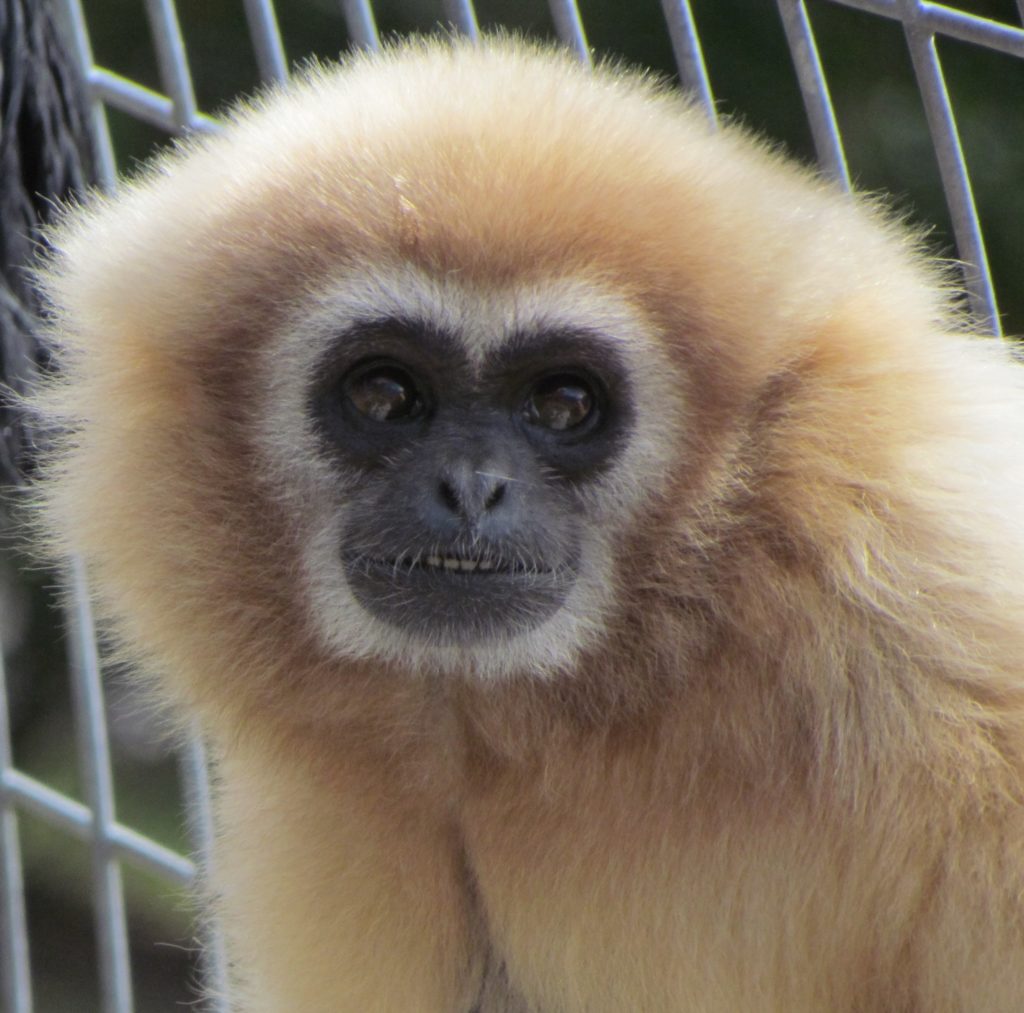 Cathy was born in March of 2000. In 2007 she and her parents, Erin and Ziggy, arrived from a sanctuary in Texas. Cathy lived with her parents for five more years, but in 2012 it became clear that Cathy was ready to move on so we moved her to a gibbon house next to handsome Michael. The two took an immediate interest in each other and soon after they were a devoted couple!
For eight years she and Michael lived a happy life. Cathy always let Michael have first pick of the food (an unusual trait for most females) and enjoyed time sitting in high up in her observation tower looking over the sanctuary.
Cathy was only 20 and showed no signs of being ill, but on September 30, 2020, she suddenly died. We were all stunned that this young gibbon was gone. We know that Michael misses his mate and all of us are heartbroken that another sweet little gibbon is no longer with us.