An Ethiopian travelogue (with monkeys)

Baboons and birds, colobus monkeys and carnivores, hyenas and humans. Former IPPL volunteer Christian Runnels stopped by the IPPL sanctuary last week to give a presentation to our staff on his encounters with wildlife in Ethiopia, where he lived for two years. 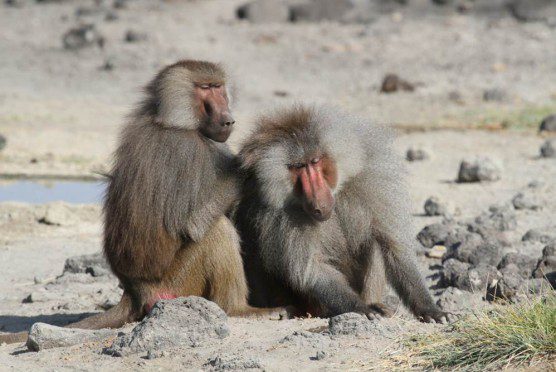 Ethiopia is home to many different primate species, like these hamadryas baboons; the males are almost twice the size of females. Former IPPL volunteer Christian Runnels has lived in Ethiopia for two years and traveled around the country photographing the amazing wildlife there. Photo © Christian Runnels and David Zimmerman 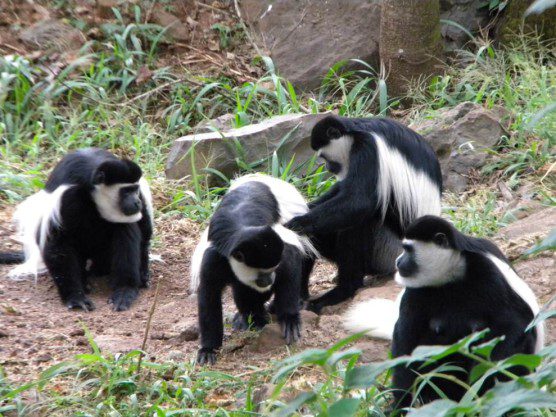 Abyssinian colobus monkeys prefer to eat leaves and unripe fruit. Their dietary flexibility enables them to live in a variety of forested habitats across the central part of Africa. Photo © Christian Runnels and David Zimmerman 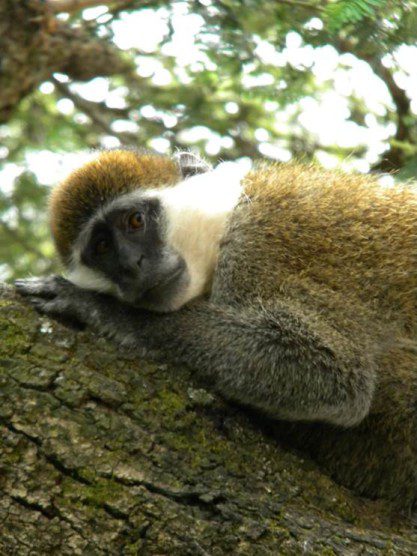 It’s a great country for primate watching, judging by the photos he shared. Gelada baboons are particularly fascinating and are unique to Ethiopia. They feed on grass and can form herds numbering in the hundreds of individuals. They sleep on steep cliff faces to avoid predators. (See this story on geladas in the IPPL News archives for more pics.) 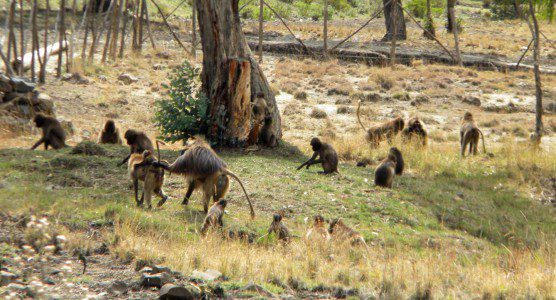 A group of geladas forages in the grass. These monkeys are found only in Ethiopia. Gelada herds can number in the hundreds of monkeys. Photo © Christian Runnels and David Zimmerman

Christian traveled through Ethiopia’s many diverse landscapes, eating mangoes and injera, though he admits he got tired of the spongy sourdough flatbread after a couple of months! The blazing heat of the Danakil Depression, with its volcanoes, salt flats, and sulphur springs; the Babile Elephant Sanctuary, with its river valleys and savannahs—there’s a lot of territory to cover. 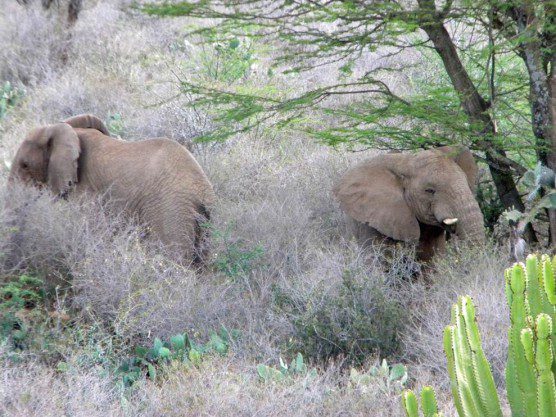 However, Christian fears that the increase of Chinese investment in the country is encouraging poachers. Not too many years ago, the elephant sanctuary he visited had 300 elephants, then it dropped to 125. When he visited, he only saw three. Apparently, just before he left the country, yet another elephant was killed there, this one quite close to the ranger station.

The population density in Ethiopia is a problem, too. He noted that 80% of Ethiopia is already farmland, and the number of people there keeps increasing. This puts an added burden on wildlife as their habitat continues to shrink. 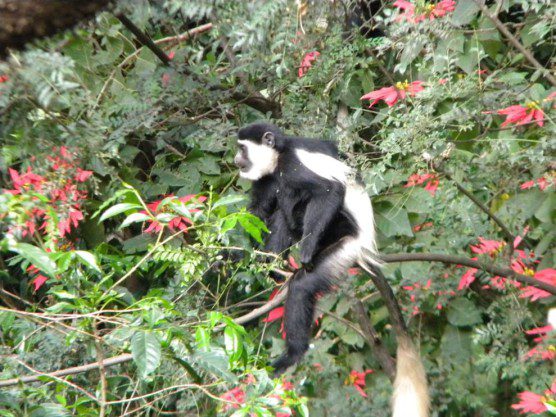 The Abyssinian colobus is a large monkey with a striking black-and-white coat—which, unfortunately, has sometimes made this species a target for poachers looking for trophy pelts to sell to tourists. Photo © Christian Runnels and David Zimmerman

However, he was impressed with how the country, at its best, displays harmony in diversity. Christians and Muslims coexist peaceably side-by-side and celebrate each other’s holidays. One night a year, the citizens of Harar set out bowls of porridge throughout the city for the hyenas, to thank them for their daily work—disposing of garbage and slaughterhouse scraps. 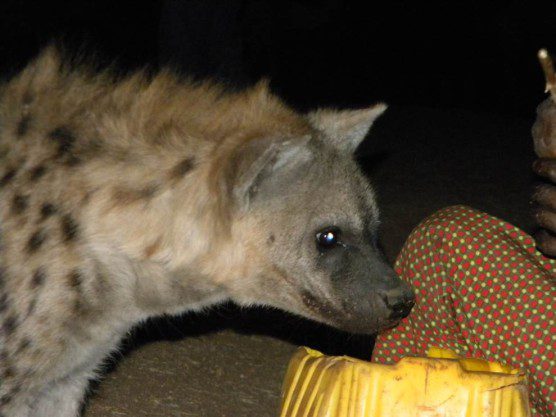 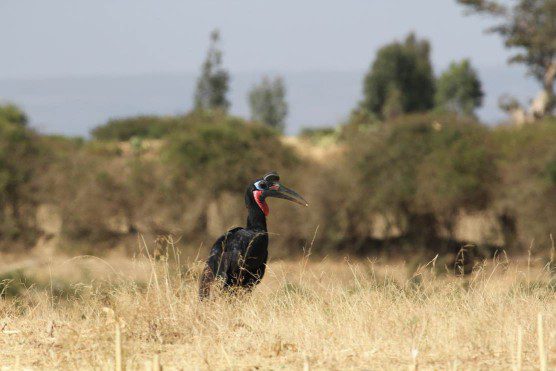 Monsoon rains feed Ethiopia’s lakes and streams, leading to great variety of bird and animal life. You can hear the call of the Abyssinian ground hornbill for miles. (IPPL caregiver Stacy says they sound like the velociraptors of “Jurassic Park.”) Photo © Christian Runnels and David Zimmerman

Christian is about to head off to Myanmar (Burma) for yet another adventure. He’ll be bringing his camera. 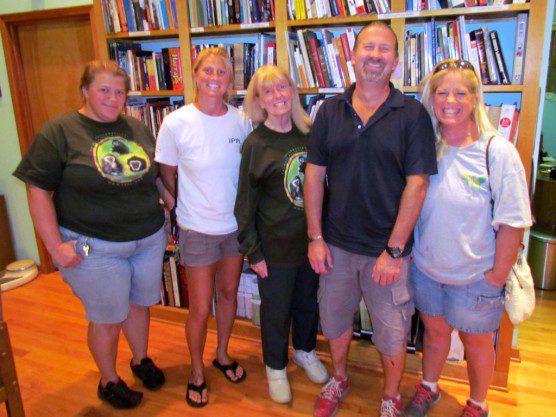 Thanks from all the IPPL staff to Christian Runnels (second from right) for a great presentation! (From left: Stacy, Meg, Shirley, and, far right, Noreen.)