As Mally, the teen idol’s pet capuchin monkey, knows by now, pet primates are never a good idea. And when a celebrity decides to make one a pet, it’s even worse.

That’s because there’s a knock-on effect. Adoring fans go to great lengths to imitate their favorite stars. That includes trying to accessorize like them, buying the same hair care products, clothes, and jewelry. And when animals are viewed simply as property, a pet—even (or especially) an exotic pet—is just another accessory to be purchased. And that boosts the miserable trade in pet monkeys. 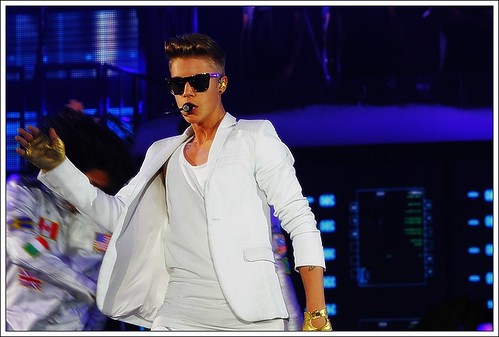 Justin Bieber tried to bring his pet baby monkey Mally into Germany with him. The animal has been quarantined and may be confiscated.

In Mally’s case, the monkey is drawing even more attention than her human star, as she has become the subject of a legal tussle.

Mally, a gift to the 19 year old pop star on his most recent birthday, was confiscated on March 28 when Bieber failed to produce appropriate customs paperwork after flying into Munich with her via a private plane. If he fails to come up with the required documents within a month, Mally could be permanently confiscated and perhaps sent to a zoo.

Although she is now in quarantine at a pet shelter in Germany, the 15-week-old monkey is apparently (as she was when in the custody of Bieber) still without any companions of her own species.

This is a cruel fate for any monkey. Nearly all primates are group-living species and need to grow up in a socially-appropriate world in order to develop normally.

Baby monkeys bred for the pet trade are often taken from their mothers when weeks or even a few days old. Raised without the company of other monkeys, they don’t learn the appropriate social behaviors unique to each species. This means that, whenever the primate is given up after reaching maturity and becoming too aggressive (as is often the case), it is really difficult to integrate them back other monkeys. Pet monkeys are often doomed to live their lives as social misfits. Capuchins like this one at the Jungle Friends primate sanctuary are one of the more common primates in the pet trade. Mally will hopefully be sent here to live with other members of her species.

A petition has been started to have Mally repatriated to the United States and sent to Jungle Friends, an excellent primate sanctuary in Florida, which specializes in New World monkeys like Mally. Hopefully, this will happen before she gets much older.

So in the future, when it comes to celebrities, remember: just buy the mousse, not the monkey!